September may be in the rearview mirror as we focus on all things fall, pumpkin, and Halloween this October, but it’s always a good time to think about your cholesterol. September was Cholesterol Awareness Month and I traveled to NBC 6 in Miami to talk a little about it. 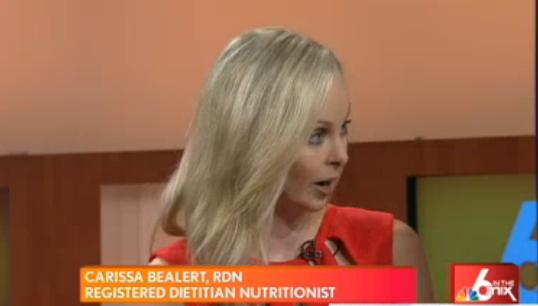 I like talking about cholesterol, because it’s a health issue where diet can really play a big part. Many of the foods you know you should be eating more of can help lower your cholesterol. Focus on choosing foods with plant sterols that help block the absorption of cholesterol in the gut. No cholesterol absorbed = no rise in cholesterol to make your doctor frown! Pick things like fruits, vegetables, nuts, legumes, oatmeal, and corn oil like Mazola.
Here’s a link to the clip.

Carissa Galloway talks healthy Cholesterol on NBC 6 Miami
Does that fellow in the left of this photo look familiar? 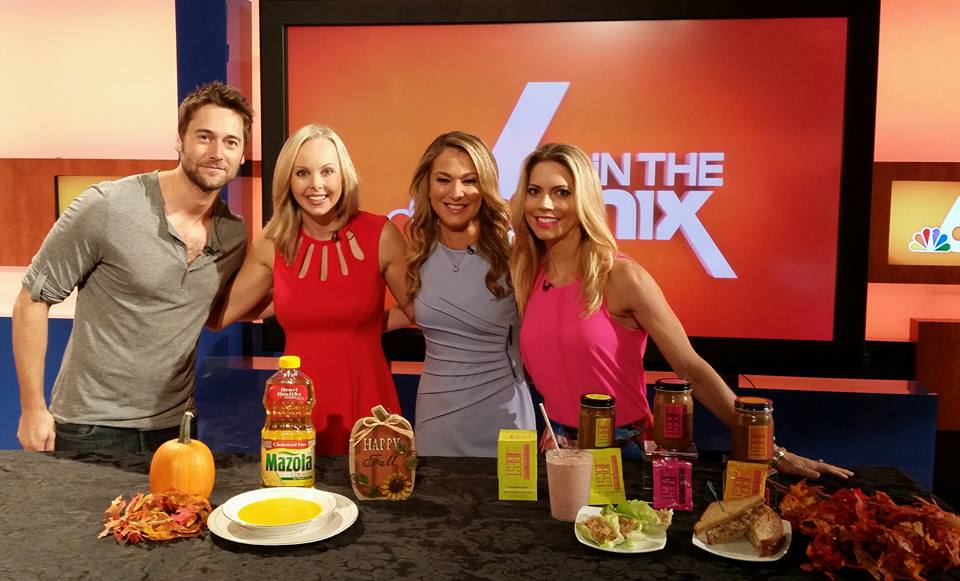 While in Miami taping a nutriton segment, Carissa met Ryan Eggold from NBC’s the Blacklist

If you’re a fan of NBC’s The Blacklist he might. He’s Tom Keene from the show and he was on the same show I was in that day promoting the show’s upcoming season. It was super nice in person! Not all celebrities are and not all take time to chat with the “common people”, but he was very cool and talked about the show with me. I didn’t get any spoilers, but he said it was going to be a great season!

For more info and the recipe I shared visit Mazola.com. Full disclosure, I was compensated by Mazola for the segment, but not for this post.

About the Author: Carissa B, RD